Things To Get Rid Of Before Moving 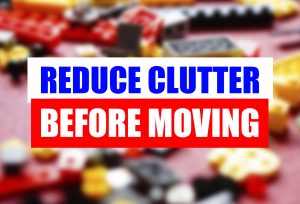 It is no secret that here in the US we have some issues with decluttering. Mainly that we don’t actually want to do it. People are kind of clingy when it comes to their possessions. We know something may have little to no use, but just because we deem it ours, we don’t want to throw it out or give it away.

However, this presents us with a challenge. When you have to move, do you take your unnecessary items with you (thus having to pay for them again), or do you leave them behind (throwing them out or giving them away)? In our experience as one of the best movers Chicago has, there are some common things people cling to, which can actually cut quite the chunk from your moving costs if you realize you no longer need them and can get rid of them.

Now we are not saying that you have to get rid of your favorite books or magazines. However, we’ve met plenty of people who keep hauling the same old boxes filled with books that do not ever get unpacked. Maybe they’ve got them from their grandparents, or they used to have some sentimental connection to them. In any case, such items rarely see the light of day. So instead of you moving them from place to place, consider donating them.

Electronics are weird, because they can be perfectly functional yet severely outdated. Everyone probably has a couple of old phones in a drawer somewhere. Why do we keep them? We hardly have any reasons, aside from the fact that we just don’t want to bother with throwing them out.

The other problem with old electronics is that they are rarely useful to anyone. So donating them will probably not do much good, if they are not at least reasonably functional. A 10-year-old phone, for example, does not make for a good donation, because it will probably too slow for the modern software ecosystem.

Decoration You Would Not Use

Okay, this one is tricky, because you may not know what you may or may not want to use at your new place. That being said, if you want to embrace the minimalist lifestyle, you can probably do with less stuff than before and that also includes some types of decoration. For example, decorative pillows may look good, if you want to create a cozy environment, but more and more people are starting to steer clear from them. Figure out what other stuff you may have as decoration that you may not want to necessarily take to your new place.

For some reason, most people tend to cling to their old paints. They have a remodeling, or just wanted a different color for their walls, after which some paint is always left. What do they do with it? They just throw it up in some corner, and moving them to every new place they go. You can actually accumulate quite the collection with years. But come on, do you really need that? Throw it out and save up on moving costs!