If you ask around you will see that there aren’t too many people fond of moving. It just takes up time and effort that you can’t get back, it would all be much easier if you just magically switch places. But since magic doesn’t really exist and technology isn’t quite there yet, you have to plan and organize everything. But rash decisions and rushed planning process can cost you even more time in the long term and quite a lot of headaches. Here we will list some of the mistakes you want to avoid throughout the whole process of moving. If you need help, we are the movers Chicago likes best, so go ahead and give us a call so we can help you with whatever you need. But let’s get to the list. 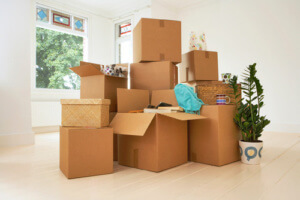 Firstly, many people don’t even know how to start packing. They cram things up in a carton box and hope for the best. But this is not what you want to do. Get yourself some tape, stretch wrap and bubble wrap, find nice boxes and then stop for a second. Think – what can you use the boxes for? Maybe you have a combination of plastic and cardboard boxes. But how do you utilize them? In the cardboard boxes put items that are lighter, maybe bulky, but which won’t be a pain for the box to hold. In the plastic boxes you can put heavier items and not worry about it breaking.

That being said, you have to consider the size of the boxes as well. If you cram a big box with heavy items, you can be sure that you wouldn’t be able to move it, at least not by yourself. So if you can, divide the heavy items into manageable “chunks”. We have already mentioned it in previous articles, but this needs re-stating anyway, because in our practice we see many people making the mistake of cramming heavy items into big boxes.

Another thing that often present a problem is that people don’t really label boxes. What is more – they don’t sort items by rooms. How is this a problem for moving? It isn’t necessarily, but it can be a pain when you start unpacking. Spending a bit of time now, will save you a lot of time later. If you have a box that has items from all over the place, just write all of them on the side. But do you best to have a box contain only items from one room. It is better to get another box in order to sort things, than to cram everything in the boxes available, because having to deal with the pain of unpacking messy boxes later is going to be even more of a bother.

Hopefully you will be motivated to go a bit out of your way and make the whole process a bit easier. Don’t forget that we are always available – just give us a call.